GlenWyvis Distillery is the UK’s first 100% community-owned distillery. Situated high on a hill above the historic town of Dingwall in the Scottish Highlands, GlenWyvis was established as a Community Benefit Society, which means that future profits will be reinvested back into worthwhile community projects both locally and beyond.

In 2016, GlenWyvis ran the largest ever crowdfunded share offer in UK history. More than 2,600 people invested in the project, raising £2.6 million. In 2018, a second open share offer raised an additional £1 million and extended the distillery’s community of investors to over 3,700 from some 36 countries worldwide.

The distillery was officially opened on 30th November 2017 – and began production in January 2018. The distillery is a dual malt whisky and craft gin distillery – making it one of a handful of dual producers in Scotland. The first new make spirit was laid down in February 2018 and the GlenWyvis GoodWill Gin was launched in June 2018.

In addition to its community-led ethos, GlenWyvis is also 100% powered by green energy. The distillery has its own wind turbine, hydro scheme, solar panels and a biomass boiler, powered by wood chip, provides the steam to heat the stills.

GoodWill Gin is a Highland craft gin made from nine premier botanicals, including exotic fruits and locally picked Hawthorn berries. The carefully measured juniper content makes for a smooth taste experience whilst remaining full-bodied. There is a distinct refreshing citrus burst that stays from the first nosing right through the taste to the long and complex finish. Finally, the finish delivers a delicately spiced sensation to warm the palate. Savour it, live in the now, and share the moments that matter. 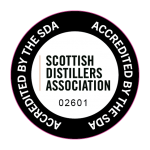