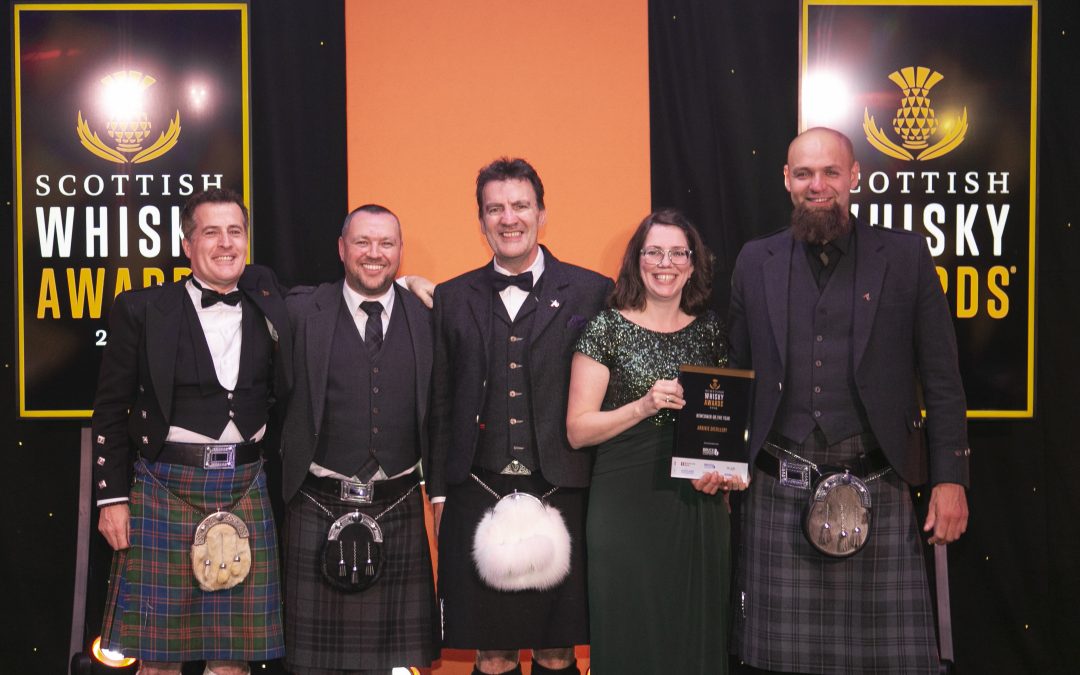 Angus-based, Arbikie Distillery, won the ‘Newcomer of the Year’ award against very tough competition in the inaugural Scottish Whisky Awards. They were commended by the judging panel for their field to bottle ethos, and innovative approach. Arbikie also collected a silver medal for their Highland Rye, the first Scottish Rye Whisky for over 100 years in the single grain category.

The Stirling family has been farming for over 400 years and brothers, Iain, John and David carry on the Stirling tradition of respecting the land by reviving their farms distant history of field-to-bottle distillation.

Arbikie has capitalised on the rising demand for terroir, provenance-focused spirits by using the existing crops on their farm to create unrivalled traceability in their products. In 2018 there was a further addition to their family of spirits, when they created the first Scottish Rye Whisky for over 100 years, distilled from Arantes Rye grown on their farm.

“As both Farmers and Distillers, our family and team are absolutely delighted to be recognised at the highest level at the prestigious Scottish Whisky Awards. Whatever we’ve produced over the years, from barley to gin, our values of sustainability, innovation and quality have been the foundation. The awards are a tribute to the commitment and hard work of everyone involved.

Arbikie Distillery and our Highland Rye Whisky embody everything our family has been doing since we started farming over 400 years ago.”