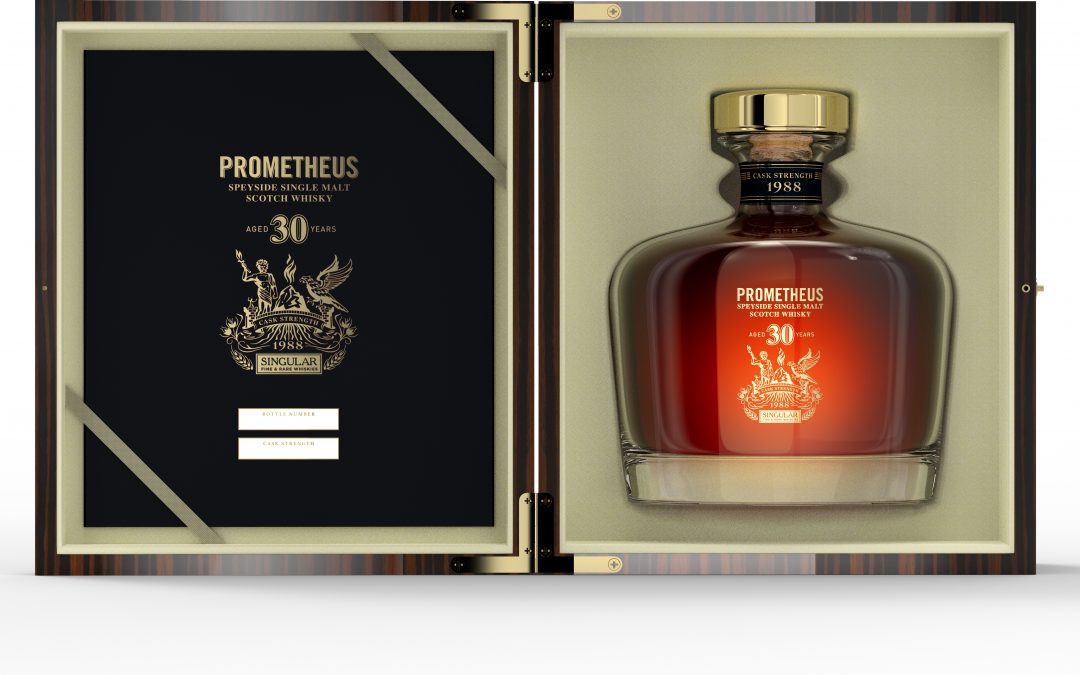 The Glasgow Distillery Company has announced the launch of the fourth and final expression from its independent bottling Prometheus series.

Limited to just 544 bottles, Prometheus 30 Year Old is an extremely rare and sophisticated Speyside Single Malt Scotch Whisky, that is characterised by its maturation in sherry butts with the power of peat at its heart.

Bottled at cask strength of 51.8% and non-chill filtered, Prometheus 30 Year Old comes presented in a beautiful decanter with a heavyweight metal stopper, housed in a luxury presentation box, each containing an individually numbered booklet.

A wonderfully balanced single malt, on the nose it offers hints of toffee and raisin with toasted spice, leading to dark chocolate and dried orange zest.

To taste, vanilla biscuit opens up the palate, leading to luxurious orange marmalade, spicy fruit cake and subtle hints of walnut, with a long and lingering sweet smoky finish.

The launch of Prometheus 30 Year Old follows the sell-out success of Prometheus 26 and 27 Year Old, and the more recent Prometheus 28 Year Old, which was limited to 888 bottles and has proven hugely popular with whisky experts and enthusiasts worldwide.

The Prometheus series has also received numerous medals and awards including a highly coveted double gold medal at the prestigious San Francisco Spirits Competition in 2017 and a gold award at the International Whisky Competition in 2016 for ‘Best Single Malt over 20 Years Old’.

“Prometheus 30 Year Old is a very special single malt whisky and one we’re proud to be able to bring to consumers. It is the finest expression in the range and is not to be missed.

“We are immensely proud of the success of the Prometheus series over the last five years. The launch of Prometheus 30 is both a celebration but also a bittersweet moment as it is the very last expression in the series. Once Prometheus 30 Year Old is gone, it’s gone.”