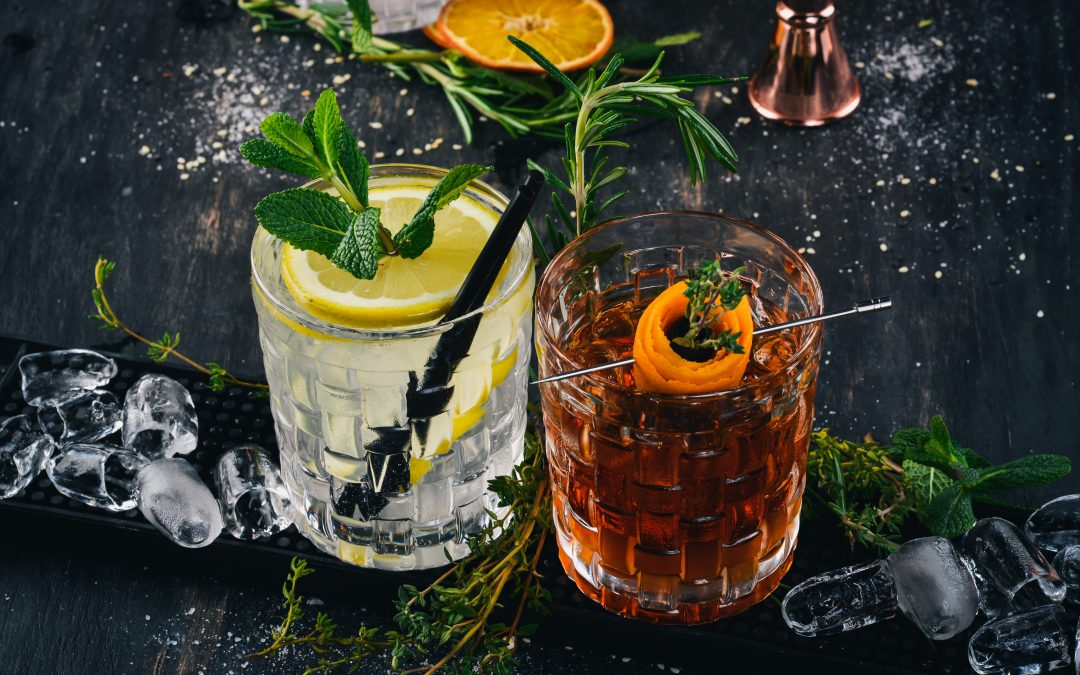 The national awards programme which celebrates excellence in Scottish gin has revealed the names of the best gins made in Scotland this year, as part of its 3rd annual competition.

The Scottish Gin Awards revealed the winners last night following a rigorous judging process involving 30 leading experts from across the UK, the assessment of 104 written entries and the blind tasting of 173 gins, all distilled in Scotland.

The ultimate award, Scottish Gin Distillery of the Year, was presented to Caithness-based Dunnet Bay Distillers after phenomenal growth in demand for their Rock Rose Gins worldwide.

The team were praised for a commitment to sustainable business practices, community engagement and investment in people as a key employer in the area.  The Rock Rose team also collected two coveted taste awards – a Gold Award for Rock Rose Premium Scottish Gin Winter Edition and a Silver Award for Rock Rose Old Tom Pink Grapefruit.

However, it was a small batch gin made on contract for a local delicatessen which was the surprise star of the night.   Lenzie Gin which was developed by the owners of Billington’s of Lenzie with contract distillers, Distillutions of Arbroath, fought off competition from 44 other contenders to win the gold medal in the London Dry Gin of the Year.

Lenzie Gin went on to win the judges prize for Gin of the Year; the best gin in the competition.  The gin is made using cranberry and bilberry which grows locally in the hills around the small town located 6 miles north east of Glasgow.

“Once again, and with rising numbers of nearly 600 people, we have managed to gather as one industry, to celebrate our world-leading Scottish gin.  Congratulations to all the Scottish distilleries and supporting businesses which have been successful.  Winning a Scottish Gin Awards medal is a significant achievement and provides a huge opportunity to promote Scottish gin both at home and abroad.  I hope that tonight’s winners will take the opportunity to promote their successes in what was the largest and toughest competition to date.

“Such is global demand in the gin category, we have increasing competition.  But right across the food and drink industry, Scotland enjoys an enviable reputation for quality, innovation and endeavour, so let’s continue to work for, and with, that well-deserved reputation.”

Other winners on the night included Edinburgh Gin who picked up a clutch of awards; Best Marketing Campaign for their Botanical Bouquets; a Bronze medal for Edinburgh Gin Rhubarb & Ginger Gin and a Highly Commended award in the London Dry category for their Christmas Gin.

The news of the winners was announced at a well-attended dinner in Glasgow for almost 600 guests, largely attended by representatives from Scotland’s many gin businesses.  The awards are supported by sponsors including Aldi, Schweppes, Vetroelite and the Scottish Distillers Association.

The competition founded by KDMedia, launched its third year in February and conducted a Scotland-wide search for the best gins and gin businesses. Following a blind tasting adjudicated by the international sensory management consultancy, Cara Technology, 117 gins progressed to the finals.

The awards raise funds for two nominated charities; The BEN, the Benevolent Society of the Licensed Trade of Scotland and the My Name’5 Doddie Foundation, set up by rugby legend Doddie Weir to help improve the lives of those affected by Motor Neurone Disease.

A full list of the winners can be found here.