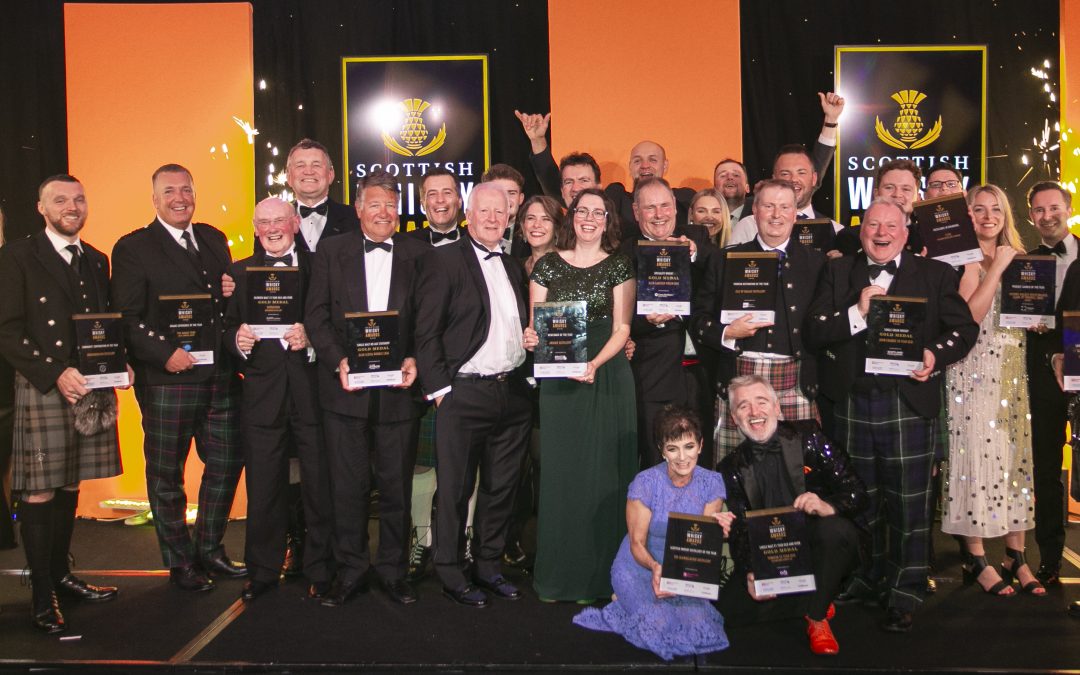 The winners in the inaugural competition to assess the business of Scotch whisky have been revealed at a sell-out event held in Edinburgh last night.
The Scottish Whisky Awards welcomed over 400 guests to celebrate and to hear who had been crowned the best in the wide-ranging competition which assesses taste and business performance.

Scottish Whisky Distillery of the Year 2019 was presented to The GlenAllachie Distillery in recognition of an outstanding year of business and after winning five medals in the blind tasting competition. The distillery has successfully served a full range of single malt into the market, opened a visitor centre and created a strong distribution network. Their awards haul included two gold medals for their 18 and 12 year old single malts. Craigellachie, Glen Scotia, Highland Park and Loch Lomond Distilleries were also nominated in the category.

Angus-based Arbikie Distilling collected the award for the Newcomer of the Year and were applauded by the judging panel for their field to bottle ethos and innovative approach. They also collected a silver medal for Arbikie Highland Rye in the single grain category. Other winners on the night included Johnnie Walker White Walker for their Game Of Thrones campaign whilst the Glasgow Distillery Company triumphed with multiple awards for their recently launched 1770 Single Malt.

“Congratulations to all the finalists and winners in the inaugural Scottish Whisky Awards. Shawbrook Bank are proud supporters of our whisky industry and we are delighted to support these awards and their work to promote the business of Scotch and all our wonderful whiskies at home and abroad.”

“We’d like to congratulate all the finalists and winners at the Scottish Whisky Awards. The quality of talent up for nomination clearly demonstrates the strength of the Scotch Whisky industry today. At Bruce Stevenson, we’re very proud to have a wide-ranging and deep involvement in such an exciting and growing sector.”

The awards also recognised one of the whisky industry’s most accomplished scientific and technical advisers with a special award presented posthumously to Dr Jim Swan. The award for outstanding contribution to Scotch whisky was accepted by Dr Swan’s daughters and was presented in recognition of his forty-year career as a research scientist and trusted adviser to whisky distilleries around the world. The award will be presented annually as The Jim Swan Award for Services to Scotch Whisky to an individual making a significant contribution to the Scotch Whisky industry.

Full results in the competition were unveiled for the first-time last night after being held as a closely guarded secret since the business and taste competitions were carried out in May. In the taste sessions, adjudicated by the international sensory management consultancy, Cara Technology, over 100 whiskies were blind tasted and scored by a 32-strong judging panel from the UK, mainland Europe and Asia.

The awards which will now become an annual fixture and will be hosted in Glasgow next year, were also a fundraiser for two charities; The BEN, the Benevolent Society of the Licensed Trade of Scotland and the My Name’5 Doddie Foundation, set up by rugby legend Doddie Weir to help improve the lives of those affected by Motor Neurone Disease.

THE WINNERS IN FULL